C
There are average people, and then there are amazing people, SuperHeros. A SuperHero means more than just buying into some fad or jumping on a bandwagon. They serve as role models for others as every superhero should. Elevate yourself to a level of a Superhero, to truly ascend, do it to the best of your ability, rise above the average and become extraordinary.

Time to move on to ACTION! Whether it be in-between meetings, during a corporate outing, or even a reception,  superheros are always up for a challenge. In this 2 hour Olympic challenge, groups will be split up into teams of 5-10 people.  Each Super hero team has one of six infinity gems in their possession. They are informed by the Alien Thanos they can win back the 6th infinity gem along with The Infinity Gauntlet by winning today’s Super Hero Challenge.

In this 90 minute competition, individuals have been assigned into a  Super Hero Teams In order to compete. The highest scoring team will be declared the winner and receive  superhero medals! 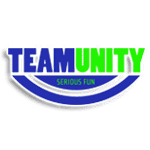